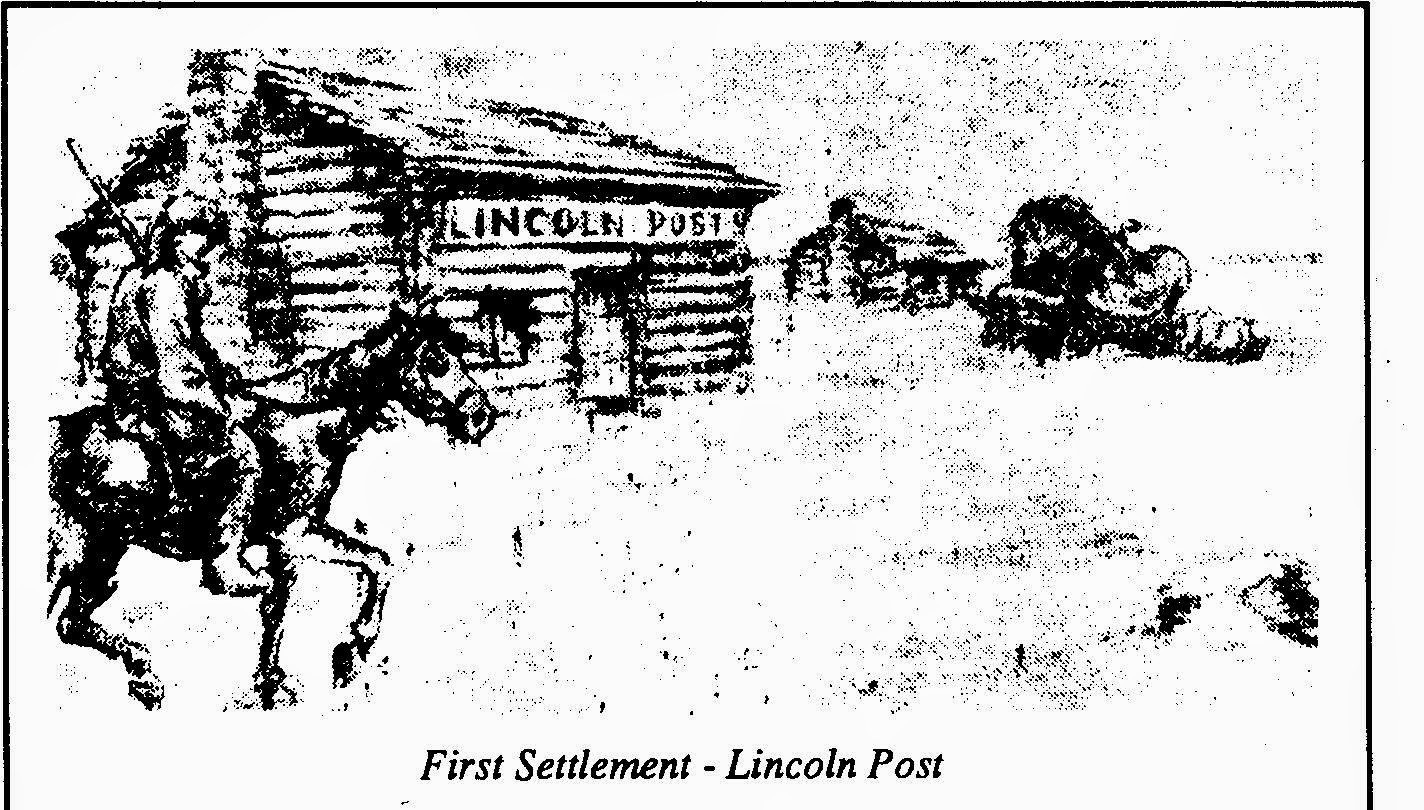 The first step in the founding of the town of Bunker Hill was the establishment of a store.  In 1836, Moses True and John Tilden returned from St. Louis, Mo. bringing a wagon load of groceries, dry goods, etc., which were placed in a building where Tilden ran the store.

The general population did not share the anticipation of the proprietors and they ludicrously called it "True and Tilden's Folly" and it was proclaimed abroad that "The Yankee and his money will soon be parted."  The settlement lay on the direct mail stage route to St. Louis, Mo, by way of Edwardsville and Springfield, and the Old Tavern became a stopping place on that route. 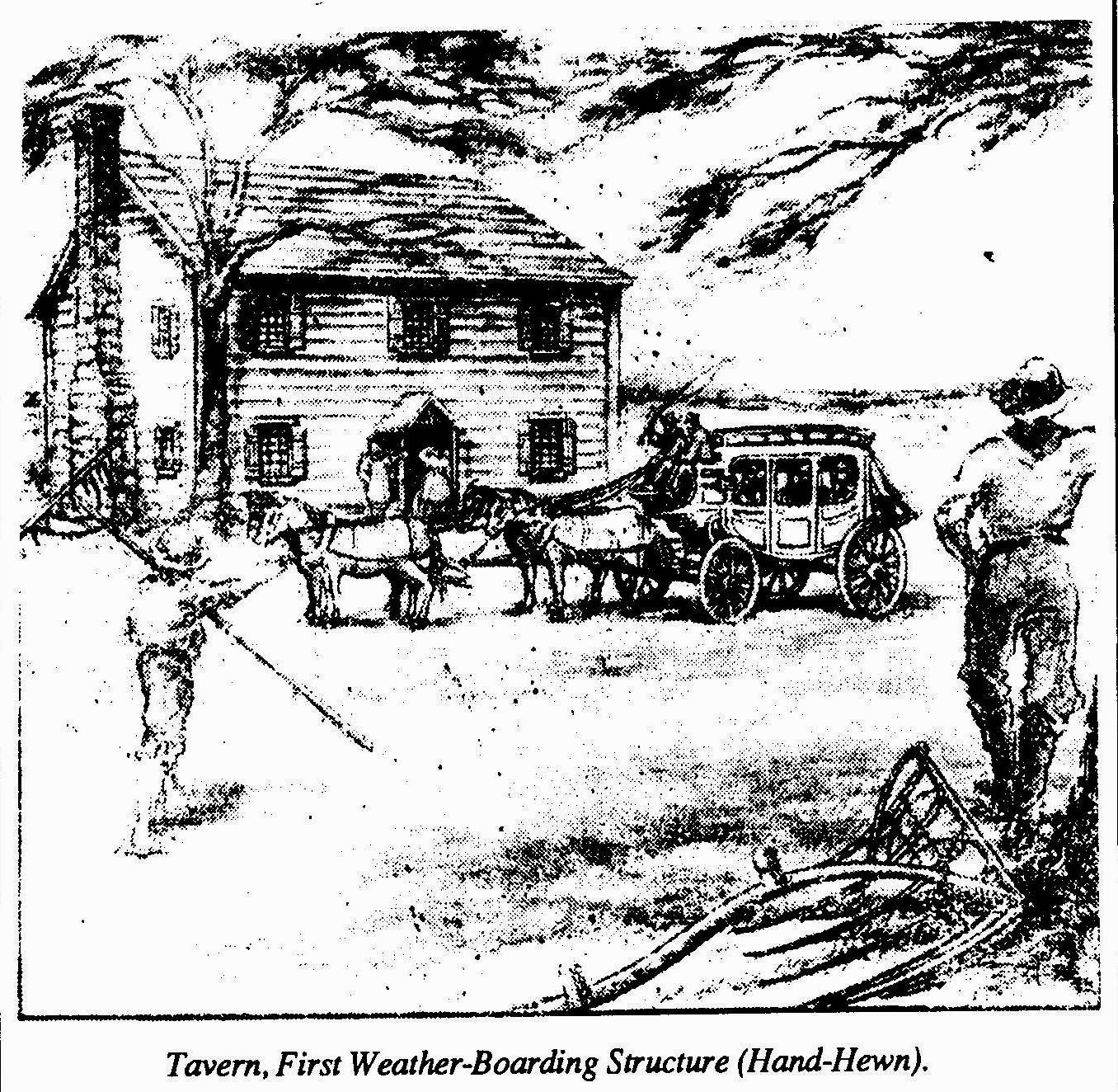 The stage route entered Woodburn from the south past the present Woodburn Cemetery and exited to the north.  There was another stop at Pennington place before entering Centerville.  The Bunker Hill Stage Route met up with the Woodburn route at Centerville before going on to Carlinville and then to Springfield. 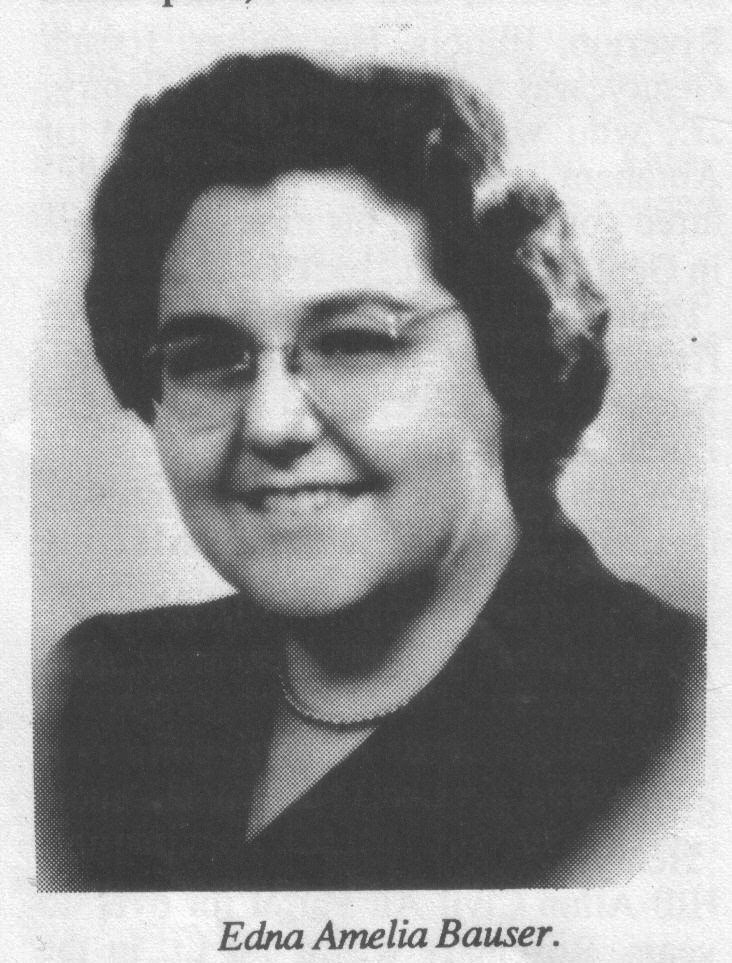 March 29, 1940: An open competitive examination to fill the vacancy in the position of Postmaster in this city has been announced by the United States civil Service Commissioner at the request of the Postmaster General.  Mr. E. A. Bauser has been Postmaster here for the past three and a half years, retiring recently due to ill health.  Miss Edna Bauser has been acting Postmaster since her father's retirement.

October 10, 1940: Miss Edna Bauser received telegrams earlier this week from Senators James M. Slatterly and Scott W. Lucus stating her appointment as Postmaster at Bunker Hill has been confirmed by the Senate.  Miss Bauser, 22, is one of the youngest postmasters in the United States.
...Read more about this and other Bunker Hill, IL historical stories at https://bunkerhillhistory.org/ 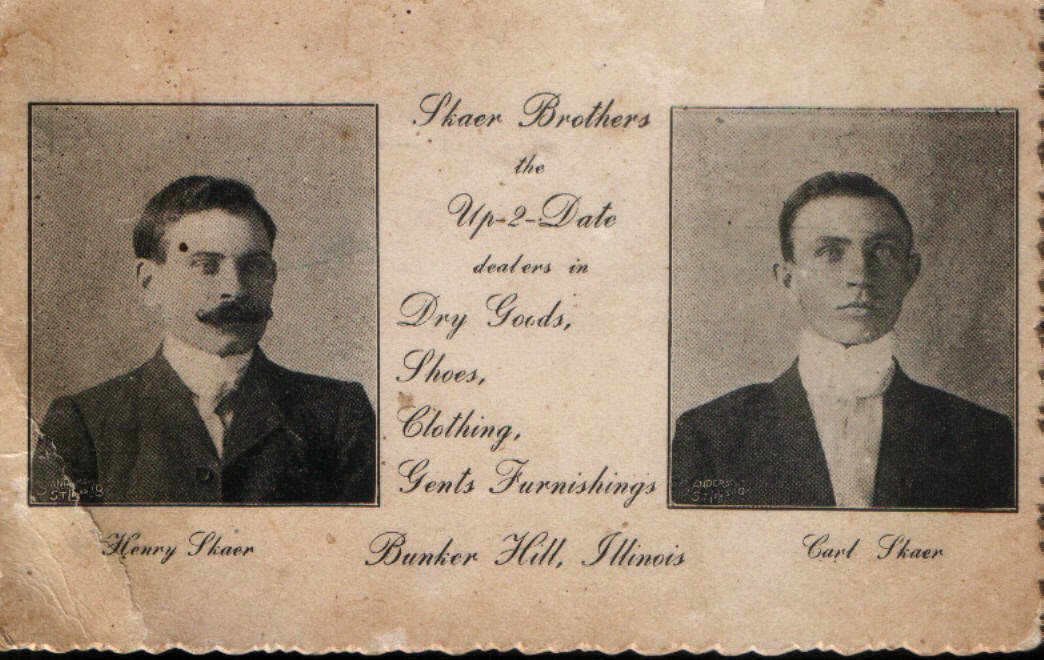 December 13, 1899: (Advertisement) SUBSTANTIAL SAVINGS FOR EVERYBODY IN OUR END OF CENTURY PRICES---SKAER BROTHERS.  This is the first mention of the approaching new century.  It turned out to be the only mention in the Gazette of the coming of the New Year.

December 20, 1899: Skaer Brothers are newcomers among us since last year, and now are engaged in business, formerly conducted by D.H. Johnston.

October 17, 1900: As we are going to press comes the sad news of the killing of Henry Skaer by the railroad cars at East Alton.  He had gone to St. Louis to buy goods on Tuesday.  When returning, they train, No. 6, due here at 6:08, made its usual stop at East Alton.  Mr. Skaer got off the train, caught hold of the railing with one hand, clutched with the other, but missed his footing and fell under the train.  Death was instant.  Mr. Skaer was just 24 years of age.  he came among us but a year ago and established himself in the dry goods and clothing business.

January 31, 1902: A disastrous conflagration visited Bunker Hill last Wednesday morning and wrought its fearful work.  About 3 o'clock, night watchman Schreier discovered smoke issuing from the Skaer Brothers store.  A fire alarm was immediately turned in and the fire company responded promptly.  In a short time, a number of citizens were called out and every effort was put forth to quench the flames.  It was soon evident that the Skaer Bros. store would be consumed.
...Read more about this and other Bunker Hill, IL historical stories at https://bunkerhillhistory.org/