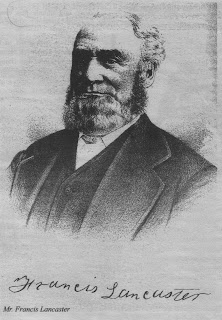 NOTE: Read more info about Francis Lancaster in the story about the Bunker Hill Brick Plant at https://bunkerhillhistory.blogspot.com/2015/11/the-bunker-hill-brick-plant.html

--Cite this story: The Bunker Hill IL Historical Society. "A Look Back in Bunker Hill History." Bunker Hill Gazette-News, April 23, 2015
Posted by Carlos Arzuagas (W9FE) at 10:23 AM No comments: