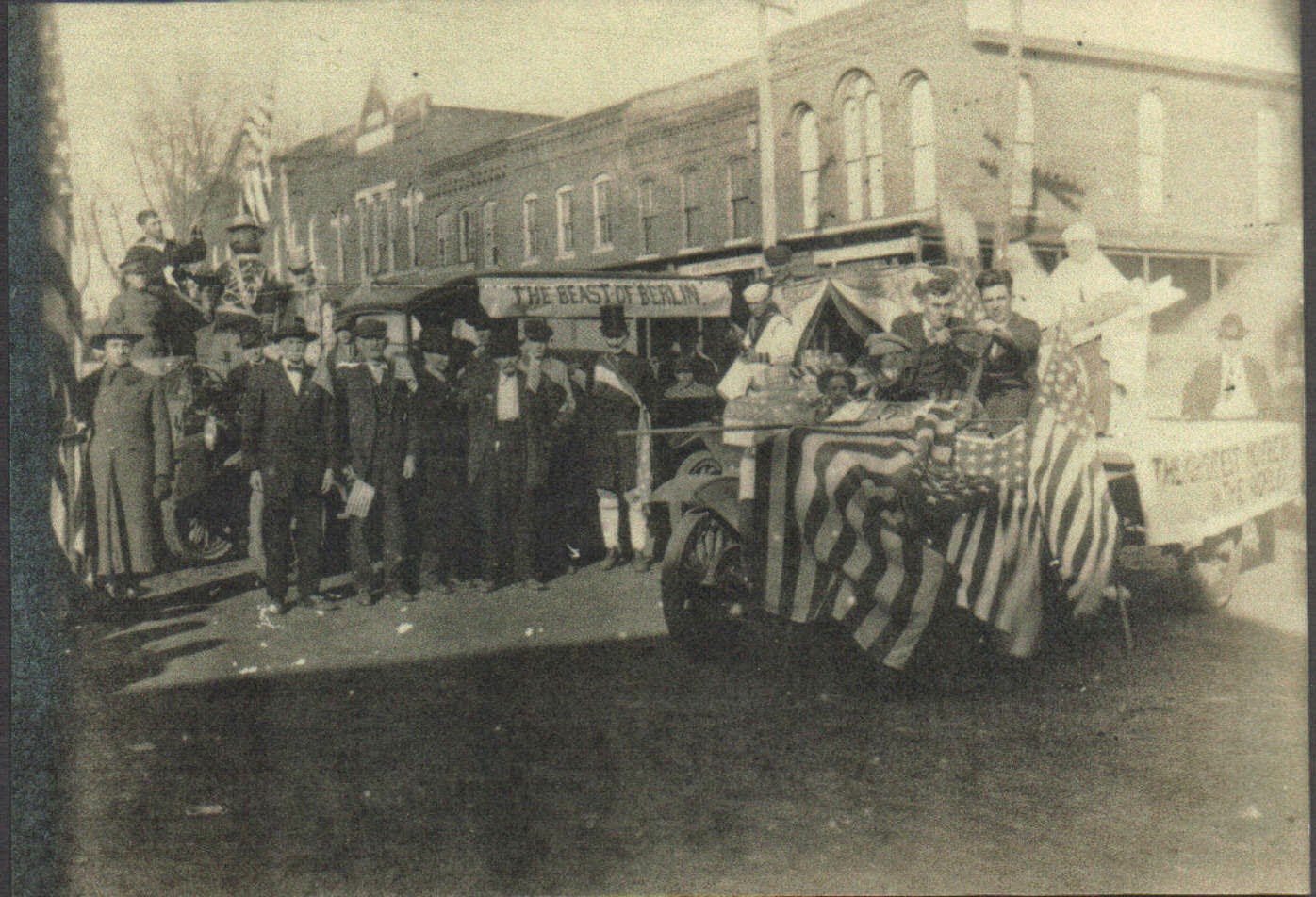 Pictured are Bill Baker and Otto Brummer, who drove this flag-draped truck in the 1918 Bunker Hill IL Armistice Day Parade.

Veterans' Day is an annual holiday held every November 11.  World War I ended with the signing of the Armistice on November 11, 1918 between Germany and the Allies, together with the United States.  In 1954, President Dwight D. Eisenhower changed the name to Veterans' Day and dedicated it to the sacrifice made by all United States veterans.

Posted by Carlos Arzuagas at 12:46 PM