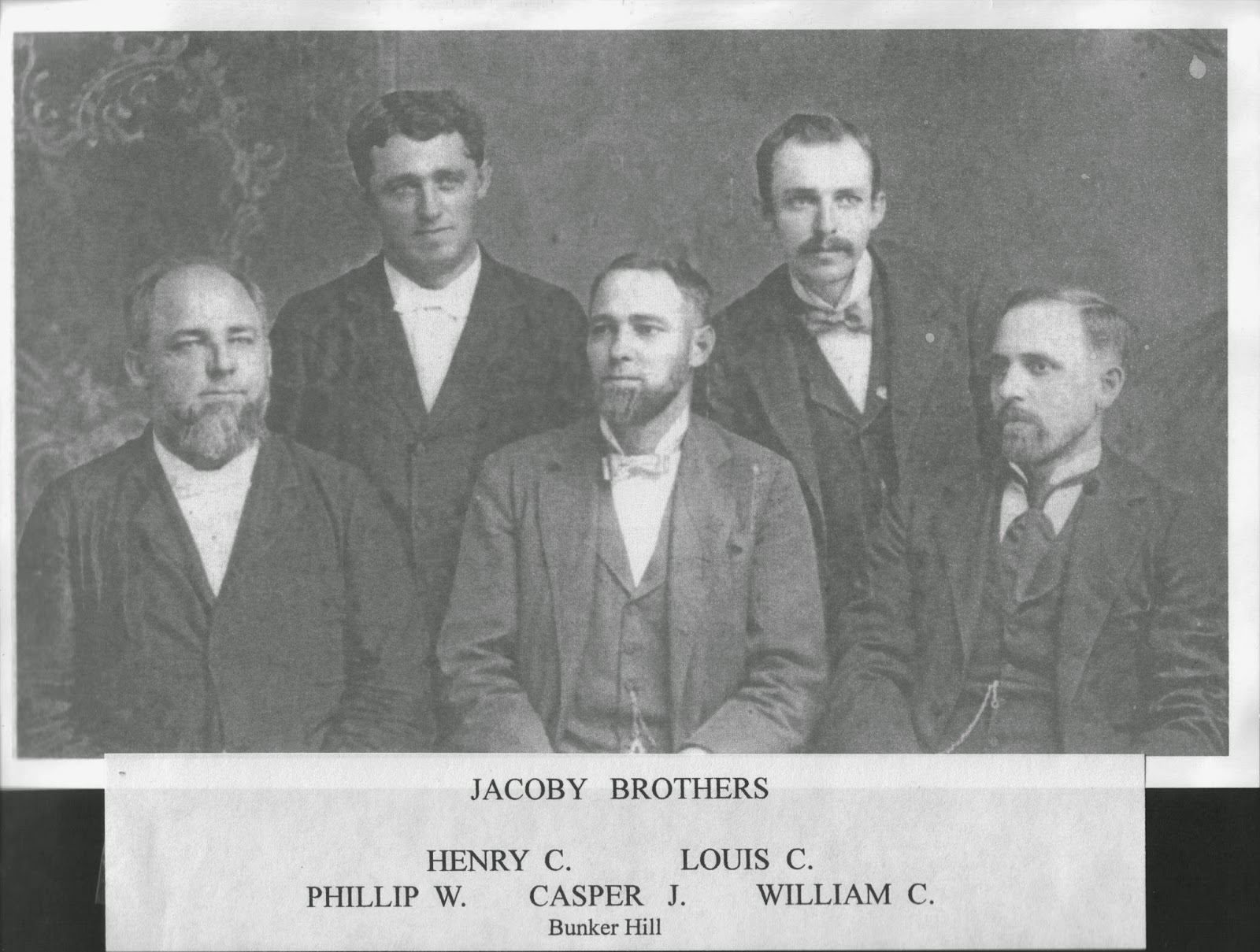 On October 23, 1883, Casper J. Jacoby moved to Bunker Hill and embarked in the furniture and undertaking business, several years later adding carpets, wallpaper, pianos, organs, and sewing machines, a business which was destined to grow until it established for him a reputation known and respected throughout the surrounding country.  Starting with little capital and practically a stranger, young Jacoby, by that honesty and fair dealing which has always characterized the business methods of the firm, soon established himself as a successful businessman. 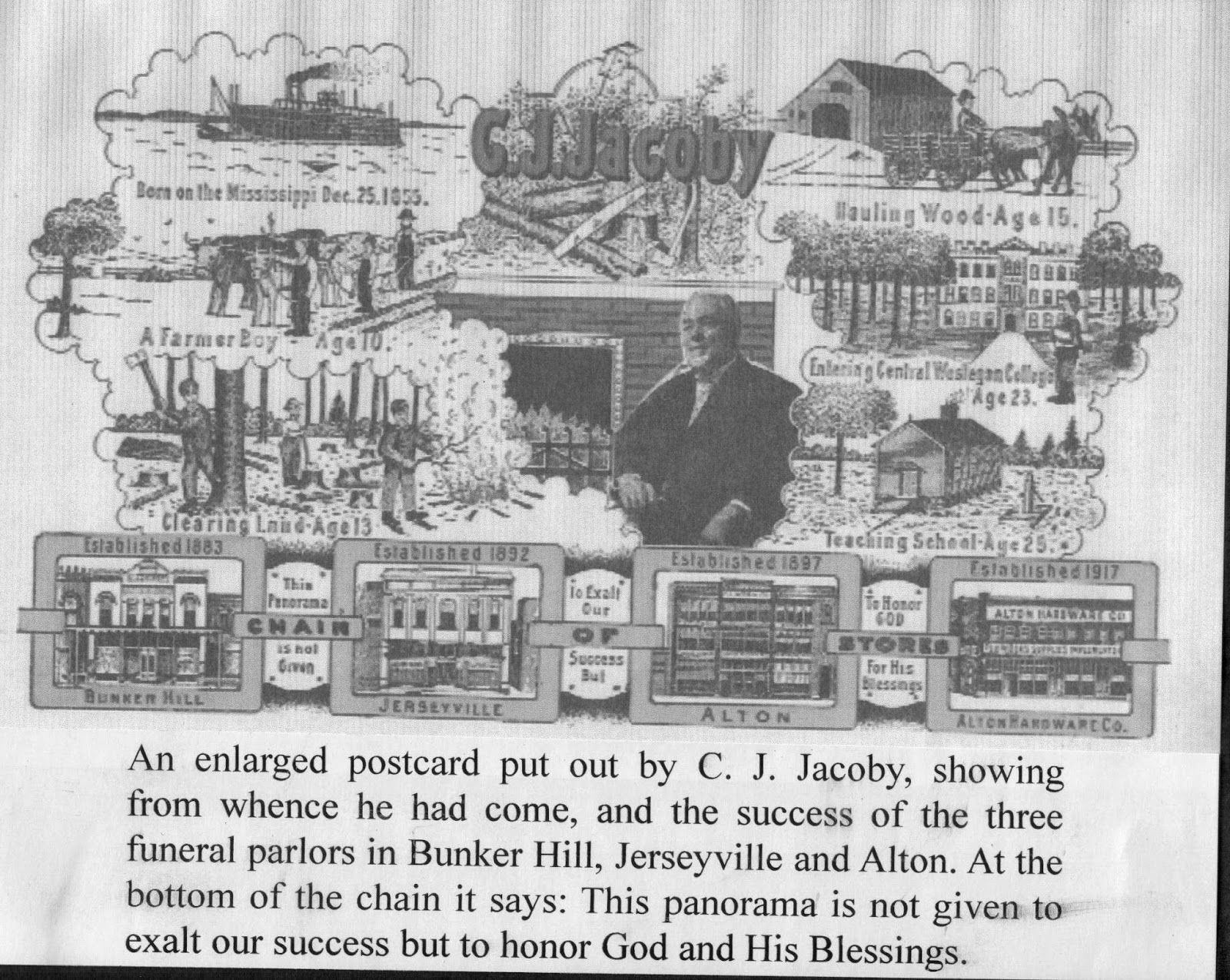 In March of 1891, Casper, in order to get suitable employment for the two younger brothers, William C. and Louis C., founded a corporation name of Jacoby Brothers.  The corporation consisted of Phillip W., Henry C., Casper J., and William C. Jacoby.  Rev. Phillip W. Jacoby, the oldest brother, died in St. Louis in 1899.

On April 10, 1899, Casper J. purchased the furniture and undertaking business of Bauer & Co., and August Miller, located in Alton.  Business then conducted in Alton was carried on under the name of C. J. Jacoby & Co.   On Casper J.'s removal to Alton, he sold the Bunker Hill store to Jacoby Bros., Jerseyville, as a branch of same and William C. was made manager of the Bunker Hill store and Louis C., the manager of the Jerseyville store. 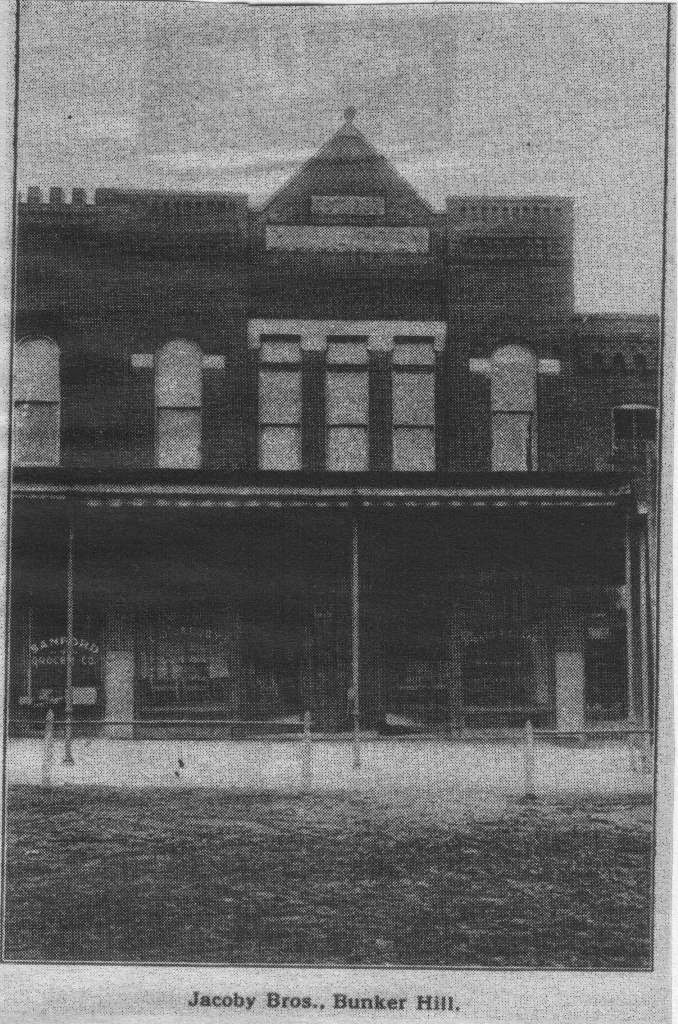 The Bunker Hill store was erected in 1893, and was destroyed by fire March 15, 1899, but was rebuilt at once.  The building was 30x100 feet, two story, and basement, with a total floor space of 9,000 feet.  The store was located on the east side of Washington Street.

--Cite this story: The Bunker Hill IL Historical Society. "A Look Back in Bunker Hill History." Bunker Hill Gazette-News, October 18, 2012.
Posted by Carlos Arzuagas at 11:12 AM