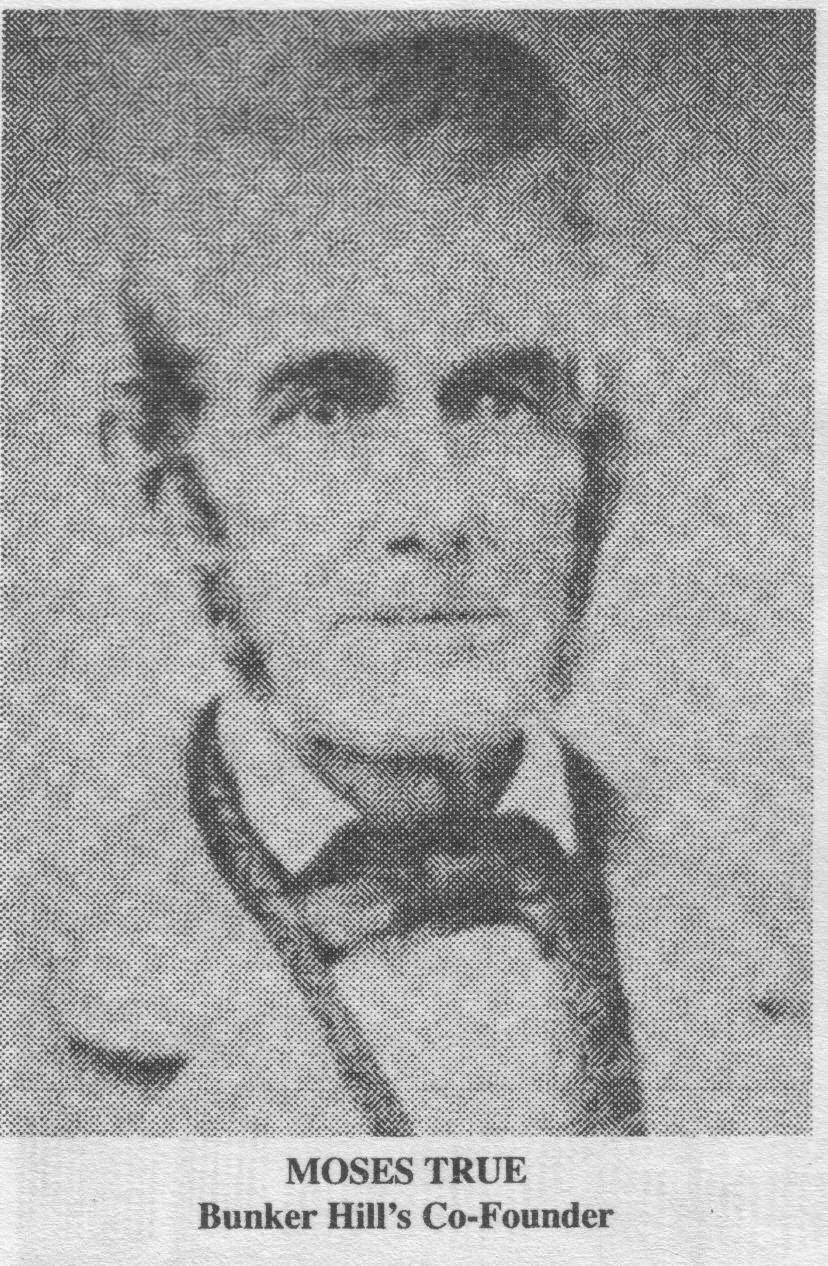 On October 11, 1831, in New Hampshire, he married Ursula Pettingill.  During the summer of 1834, Moses and Ursula decided to come west.  They came by prairie schooner from Franklin, New Hampshire to Pittsburgh, Pennsylvania and portage by boat down the Ohio River to the Mississippi River to St. Louis, Missouri, where they arrived on December 11, 1835.

Moses went to inspect the land which is now Bunker Hill, on December 25, 1835.  After Moses looked over the property, the following day he and John Tilden went to Edwardsville to the land office and purchased 3,000 acres of land at $2.00 an acre.  At the time, the land here was in the North West Territory and the Land Office in Edwardsville was the only place land could be purchased.  He went back to St. Louis and returned with Ursula on February 20, 1836.

Now that the land was available, True and Tilden put up a building where the weary traveler could get a meal and a nights lodging.  The stage coach route from St. Louis to Springfield, Illinois went past the tavern as it was called (not from the sale of liquor, but from a place to stay) and there was a continual flow of travelers coming and going. 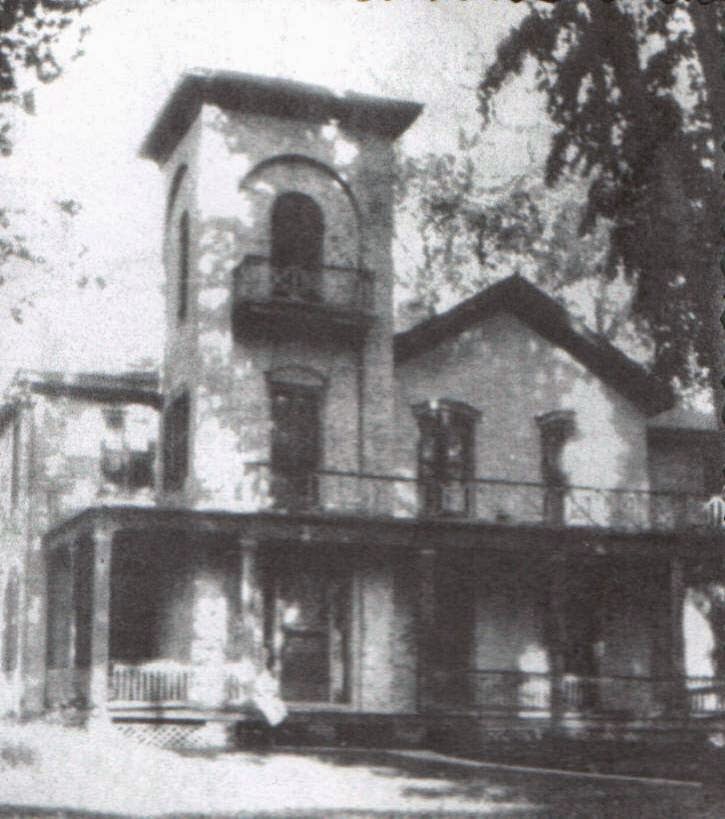 In 1876, Moses married Betsy George.  After some discussion, Betsy told Moses that she would marry him if he could send his son to some other location.  James Clark True was 30 years old and Betsy was 38 years old and it seemed to her that they were too close to the same age to be living in the same home.  On February 3, 1877, a daughter, Mary George True was born.  Moses True died on February 22, 1878.

--Cite this story: The Bunker Hill IL Historical Society. "A Look Back in Bunker Hill History." Bunker Hill Gazette-News, December 20, 2012.
Posted by Carlos Arzuagas at 11:40 AM