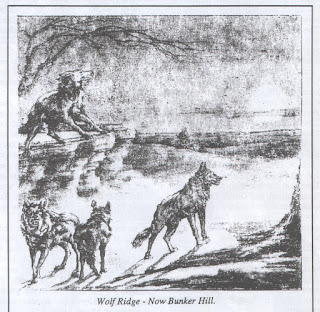 If you had been one of those early settlers back in 1835-1836, the landscape would be very different.  You could stand at the top of the "hill" between what is now the flagpole and the Lincoln Statue, look in any direction, and see nothing but wide open prairie.  There might have been two or three buildings in the town, but the only trees would be far in the distance along the creek banks.

There were those who claimed you could look off to the northeast and not see a tree between here and Bayless Point, which was in the vicinity of Dorchester, just the prairie grass was covering the plains being blown by a breeze giving the appearance of waves on the ocean.

The site of the town of Bunker Hill was once known to the early settlers of Macoupin County as Wolf Ridge.  It was thus named because wolves lived in the area.  Some of their dens were located in the vicinity where United Community Bank and Dr. Belcher's office are - on the SE corner of N. Washington and Fayette Street.

The choice of the name, Bunker Hill, was not due to the existence of any great elevation, but rather to the fact that there is a hill here somewhat like that upon which the famous battle of the Revolution was fought and because those who gave the name came from a section of country in which Bunker Hill was familiar and held in great reverence. 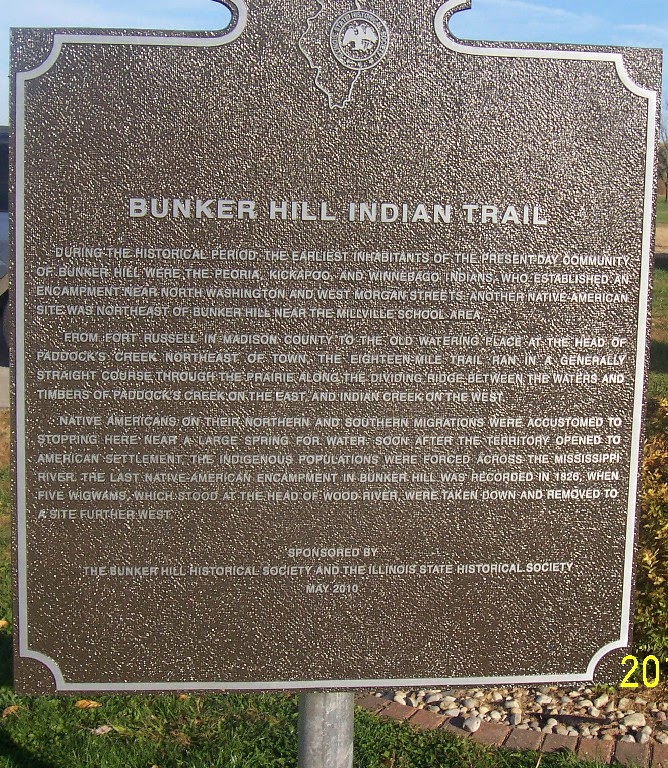 The earliest inhabitants of the community of whom we have any knowledge were the Peoria, Kickapoo, and Winnebago Indians, who established an encampment near North Washington Street and West Morgan Street.  Another location was northeast of Bunker Hill near the Millville School area.

On their wandering north and south, they were accustomed to stopping here near a large spring for water, but with the advent of the white settlers, the red men disappeared and the last of them were seen was in the year 1826 when five wigwams, which stood at the head of the Wood River, were pulled down and they left for the country farther west. 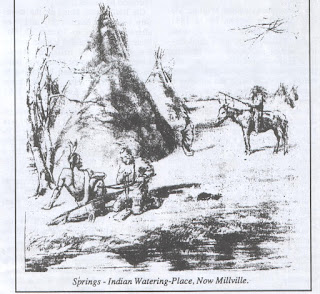