History of the Bunker Hill Cemetery 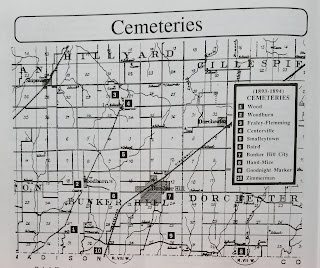 The Bunker Hill Cemetery is located on East Warren Street three blocks from the intersection of Route 112 (now 159).  It is one of the oldest cemeteries in Macoupin County.

On June 13, 1852 citizens of Bunker Hill assembled for the purpose of organizing an association to purchase or hold in trust lands for a burying ground.  On June 16, 1852, a second meeting was held.  An election of officers was in order which resulted in electing the following: E. Howell, Chairman, I.A. Pettingill, Secretary, I.A. Delano, Treasurer, C.D. March, Trustee, I.A. Pettingill, Trustee, and J. Pierson, Trustee. 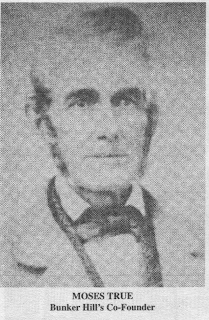 In 1909, the old rail fence was taken down and replaced by an iron fence which extends across the north side of the cemetery. 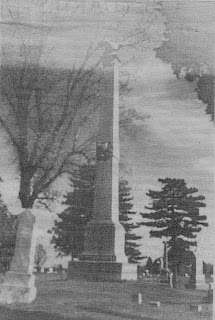 There are many veterans buried in the cemetery from all of the wars.  There are two Confederate veterans and five black veterans from the Civil War.

The oldest grave in the cemetery is that of Mrs. William H. Smith, sister of Moses True, who died in 1840 in St  Louis, Mo.