Lighting from Lamplighters to Electricity 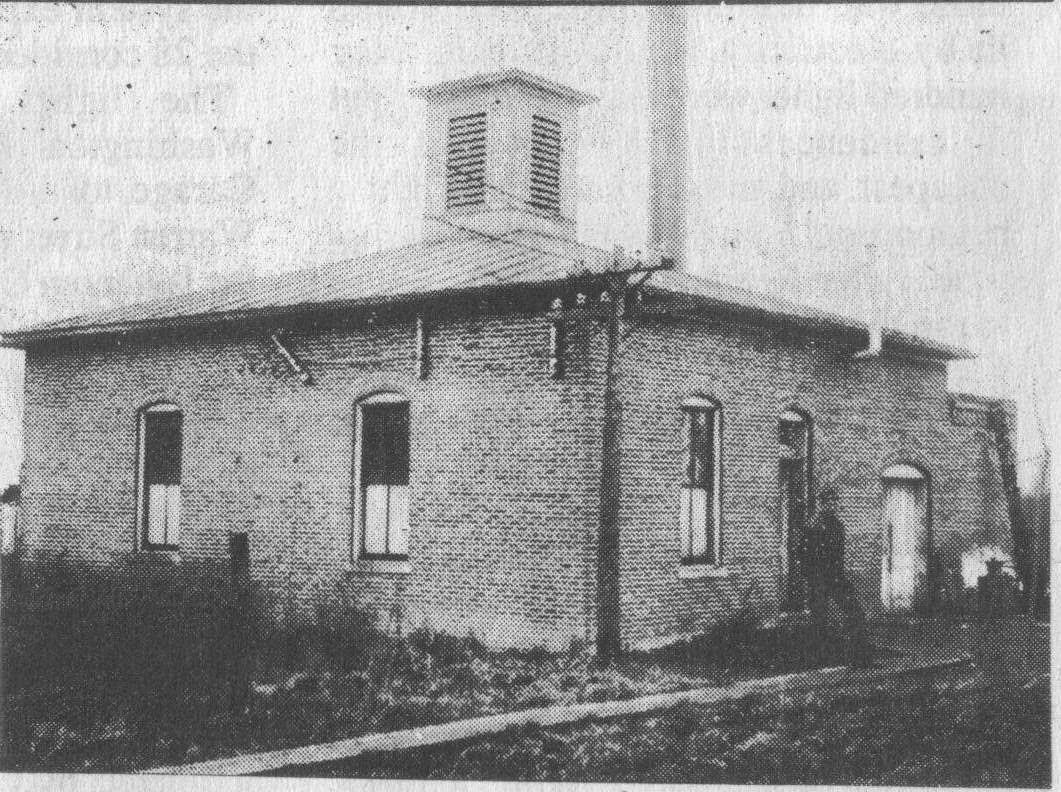 Twenty-five street lamps were purchased in October of 1876.  The first Bunker Hill lamplighter was Thomas Larmer, who was awarded the contract to light and take care of the lights at 70 cents a lamp.  Eddie Carroll was a lamplighter at one time, and John Brandenburger was lighting and caring for street lights in September of 1879.  The lights were on posts and the lamplighter carried a short ladder with him as he made his rounds to light the lamps.  At 11 p.m. each evening he went around again, climbing up the ladder and blowing out each light.

On January 6, 1892, the City Council met to hear an electric light agent talk about installing a lighting system for Bunker Hill.  They discussed the possibility of the city purchasing a light plant or of drawing up a lighting contract with a company.  The system was to be purchased and controlled by the City Council at an estimated cost of about $12, 000 to $15,000.

The business portion of the city was to be lit by electricity by August 19, 1896.  The work was to be done by the Bunker Hill Foundry and Machine Works, under the direction of Mr. John R. Richards.

During the last week of September 1896, the incandescent lamps for the subscribing business houses arrived.  The night the lights were turned on throughout the entire circuit, giving the places illumined a handsome appearance.

An election was held in June of 1898 for the issuing of $7,000 in bonds for the building and operating of an electric light plant to be operated by the city.  The issue carried by a small majority of 116 to 92.  By November 29, 1898, the new electric light plant was ready and the lights were lit at 5 o'clock.  Bunker Hill was now illuminated every night! 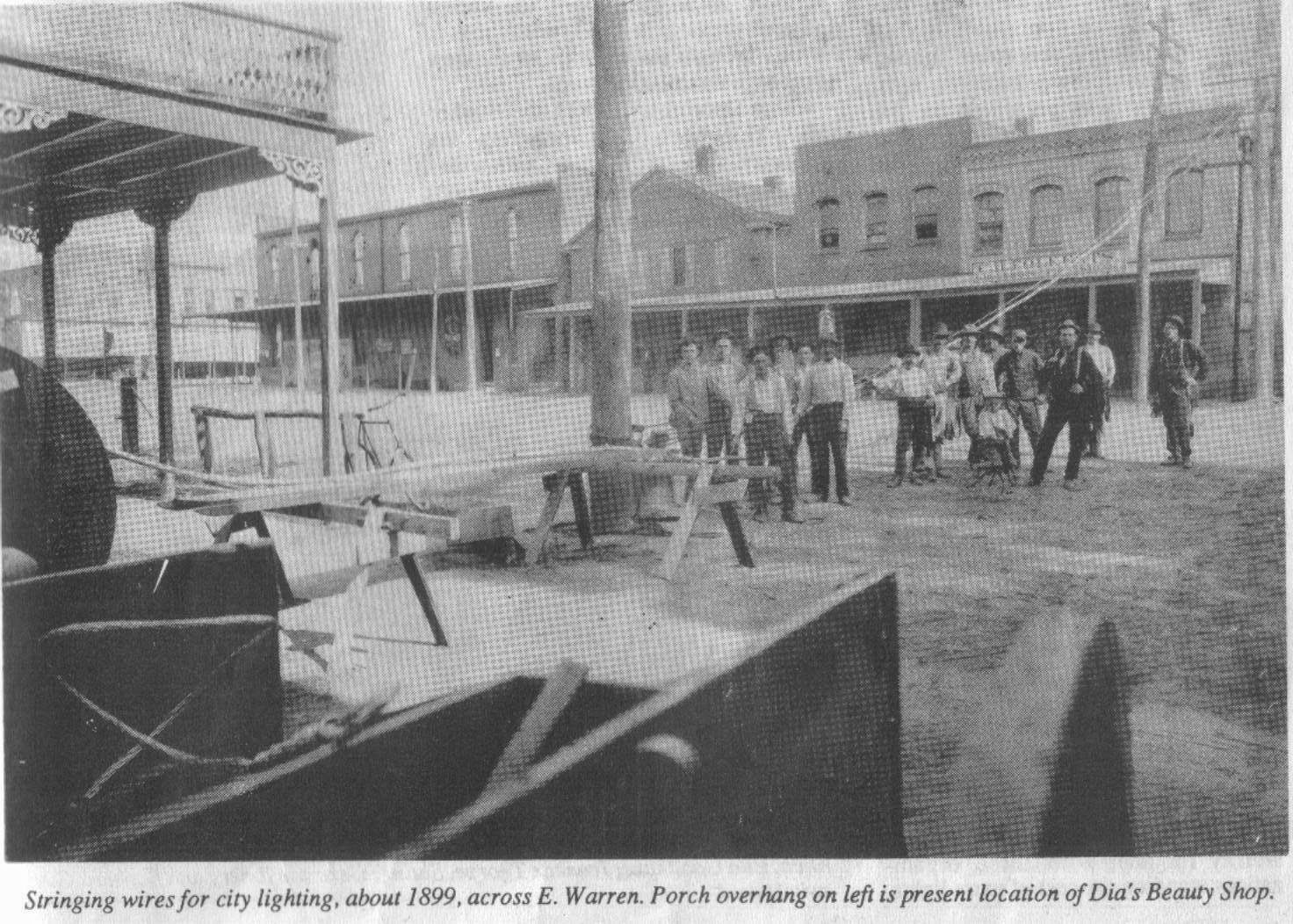 By January 1899, the work of stringing the wires for lighting the residences was progressing as rapidly as the weather would permit and it was expected that by the first of the month those who desired to have their homes lit by electricity would have it.  Four hundred lights were estimated to be put in residences in 1899.  It was the cheapest and most convenient light a person could have in his home at the time.  After February 1st, the plant was to run the incandescent current all night.  There was no electricity at night before this time because the plant did not run at night.

The plant was located on Morgan Street on the west side of Putnam street junction behind Baker's feed store.  Ed Marth was the engineer at the electric plant.  Abbie Landon's father, George, was a fireman and Abbie's uncle cleaned ashes out of the boiler room.  A large concrete pond behind the plant supplied water to the steam boiler and generators.   If any malfunction occurred in the system due to lightning, ice on lines, or other causes, the system was maintained by Bill Baker, a local electrical lineman and electrician.  When a large transformer near the plant was blown out by lightning, Bill Baker could be seen in raincoat and boots fixing the transformer.  Many improvements were made as the years progressed.

On January 10, 1952, the Bunker Hill City Council voted unanimously in favor of installing a new street lighting system in the uptown business area.  The proposal was presented by the Illinois Power Company in conjunction with General Electric Company.  The system would provide white incandescent lights with steel, concrete or wooden poles (whichever was available) to be installed to hold the lights.  On streets feeding into the main stem, wooden poles would be used.

The city street lighting committee placed an order for 46 new street lights on Tuesday, January 24, to be installed in the uptown area by the IPC.  the power company was to secure all materials for the project and would own and maintain the system after installation.  The city was to be billed monthly for the lights.

In order to extend the project considerably from the original plans, a number of lights were paid for by churches and other institutions. The Congregational, Methodist, Lutheran, and Baptist churches each paid for one light, the school paid for two lights, and the Bunker Hll Vault and Monument Works, the First National Bank, and the Commercial Club each took responsibility for one.  With these organizations standing the cost of extra lights, the system expanded considerably from the 28 considered in the original plans.

The lights were to extend on Washington Street from Fensterman's Garage to the Condensary corner.  On Warren street, the light extended east to the Lutheran Church and three lights on West Warren; and on Fayette Street east to the Masonic Temple and three lights on West Fayette.  There were two additional lights on the street past the Baptist Church and two on the north and south street past the Congregational Church.

The Bunker Hill IL Historical Society. "A Look Back in Bunker Hill History." Bunker Hill Gazette-News, September 27, 2012.
Posted by Carlos Arzuagas at 9:53 AM