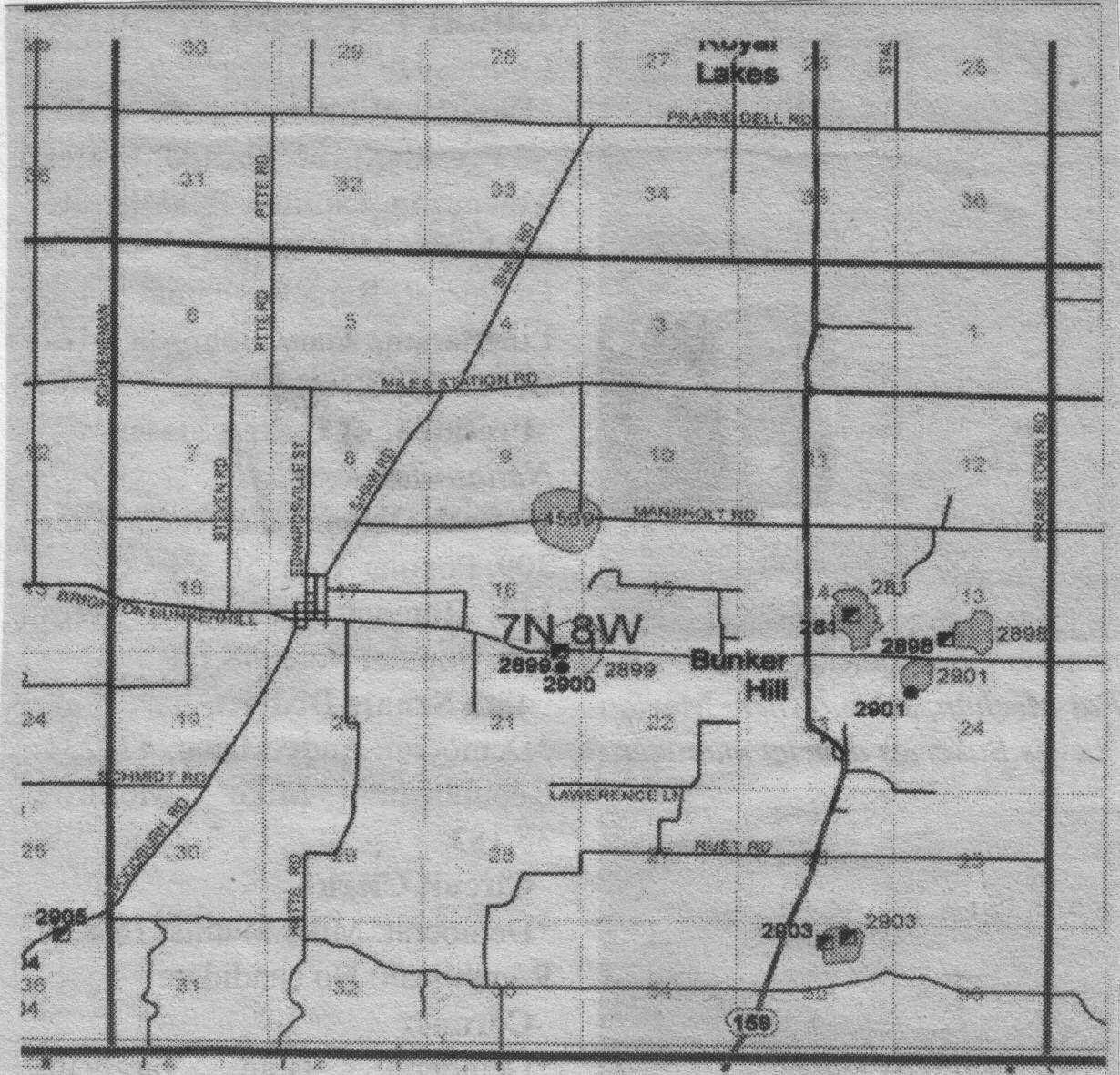 A grand banquet was given underground in the coal mine to which all the prominent people were invited.  Mr. Naylor retired in 1875 and two years later Mr. McPherson retired.  The mine was abandoned in October 1880.  It empoyed 12 men and the production for the nine months of 1880 was 61,029 bushels.  The mine was located along Paddock Creek, east of town and south of the bridge.

William Neil & Co., broke ground for a shaft near the railroad track in the northeast part of town in may 1879, and in September, reached a vein of coal at a depth of 250 feet.  They were producing 600 bushels a day.  The members of this firm were Mr. William Peter, Mr. John Neil and James Monoghan.  This mine burned in 1907 and was rebuilt and worked until 1912 when it was discontinued.

The Wood River Coal Mine, also known as Crow Hollow Mine, west of town, close by the old reservoir, was owned by Judge Huggins and operated by Matt Carroll.  It had an annual output of 45,000 bushels in 1881 and $1800 was paid out in wages.  There was another mine located in that area by the name of Raynor and Lock.  It operated from 1881-1889.

The Bauser-Truesdale Mine was sunk on the Bauser place.  This was located along Paddock Creek, east of town and north of the bridge.  In 1906 Mr. Ed Bauser took charge until October 1934 when it was leased by the former employees, who ran it as a co-operative.  The first four years the coal was mined by hand.  Some years later, it was electrified and was cut with machines.  This mine operated until 1940.