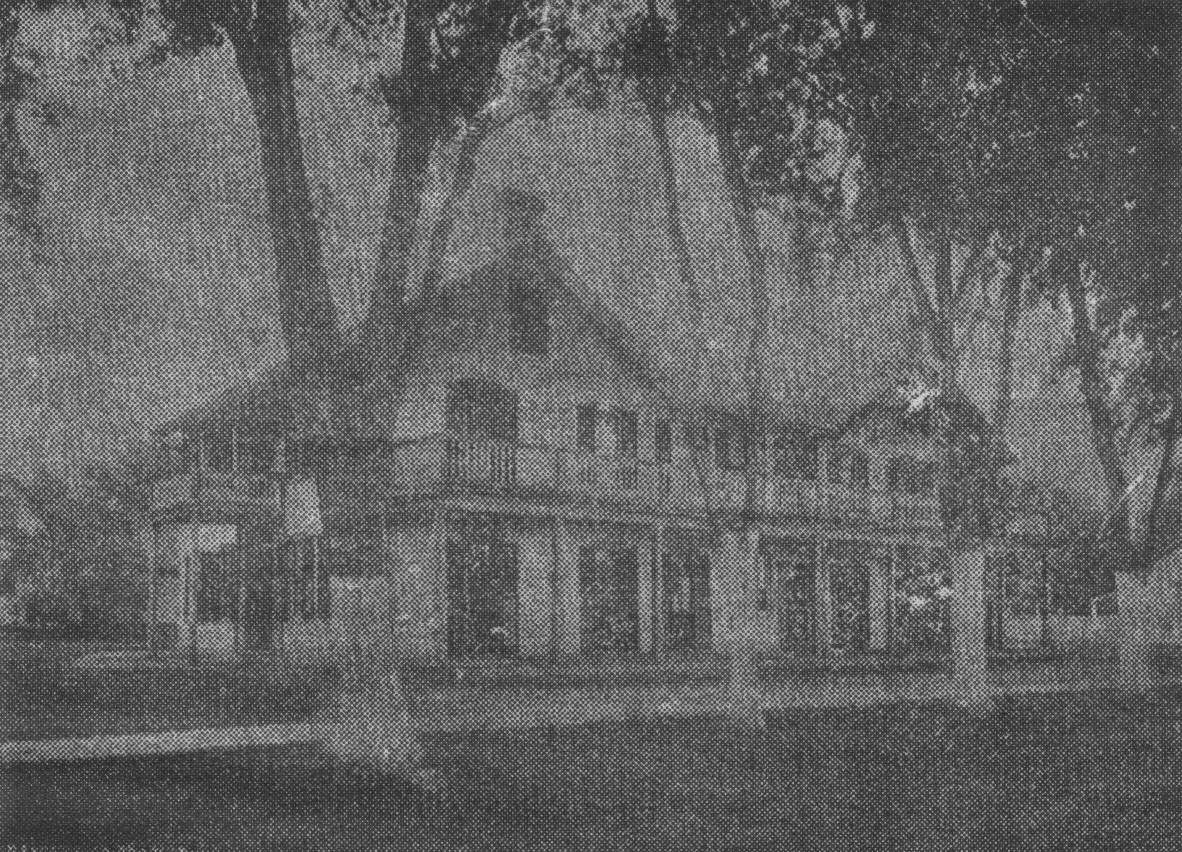 
An expanded story about the Monument Hotel is on my latest March 12, 2020 posting which can be read at:  https://bunkerhillhistory.blogspot.com/2020/03/monument-house-bunker-hills-grand-hotel.html

The Monument House was built by Mr. William H. Carroll in 1856, soon after the completion of what was then known as the Terre Haute and Alton Railroad.  Mr. Carroll's original plans were to erect a railroad eating house.  Before the work was completed, he decided to build more extensively and he erected the third story front to which the billiard room was afterward added, Mr. Carroll doing much of the work himself.

The Monument House was opened to the public in September of 1856 and Dr. Delano was the first to inscribe his name upon the register as the first guest.  Dr. Delano named the hotel for Mr. Carroll. 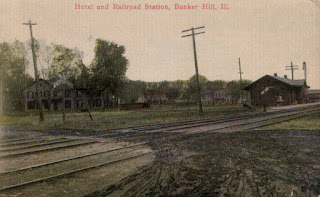 Until 1866 or 1867, the Terre Haute and Alton was the only direct route east out of St. Louis.  Travel was simply enormous, especially during the Civil War and most trains stopped at the Monument House for meals.  Mr. Carroll and his wife were unrivaled caterers and under their management, the Monument House was as famous throughout the country as the famed eating house at Altoona, Pennsylvania on the Pennsylvania Railroad.

After Mr. Carroll's death, the hotel was leased by several parties in succession and was finally purchased in 1871 by Mr. Ben Johnson.

Monument House Burns
Mr. Ben Johnson, owner of Monument House, thought the fire must have caught from the dining room chimney.  He said the building was worth $5,000, and the stock and fixtures worth $300.  The fire which completely destroyed this old landmark was discovered by an engineer on a freight train Sunday morning, December 31, 1884.  Conductors Jackson and Kreppes, with their train crew, did good service at the fire.

Gazette News: January 9, 1884
The Fire company made a brave effort. With the mercury at 15 degrees below zero, the men suffered severely, and then were unable to accomplish what could have been done in more favorable weather.

The Monument House was located in the northwest block of Fayette and Clinton Streets.

Posted by Carlos Arzuagas at 3:02 PM