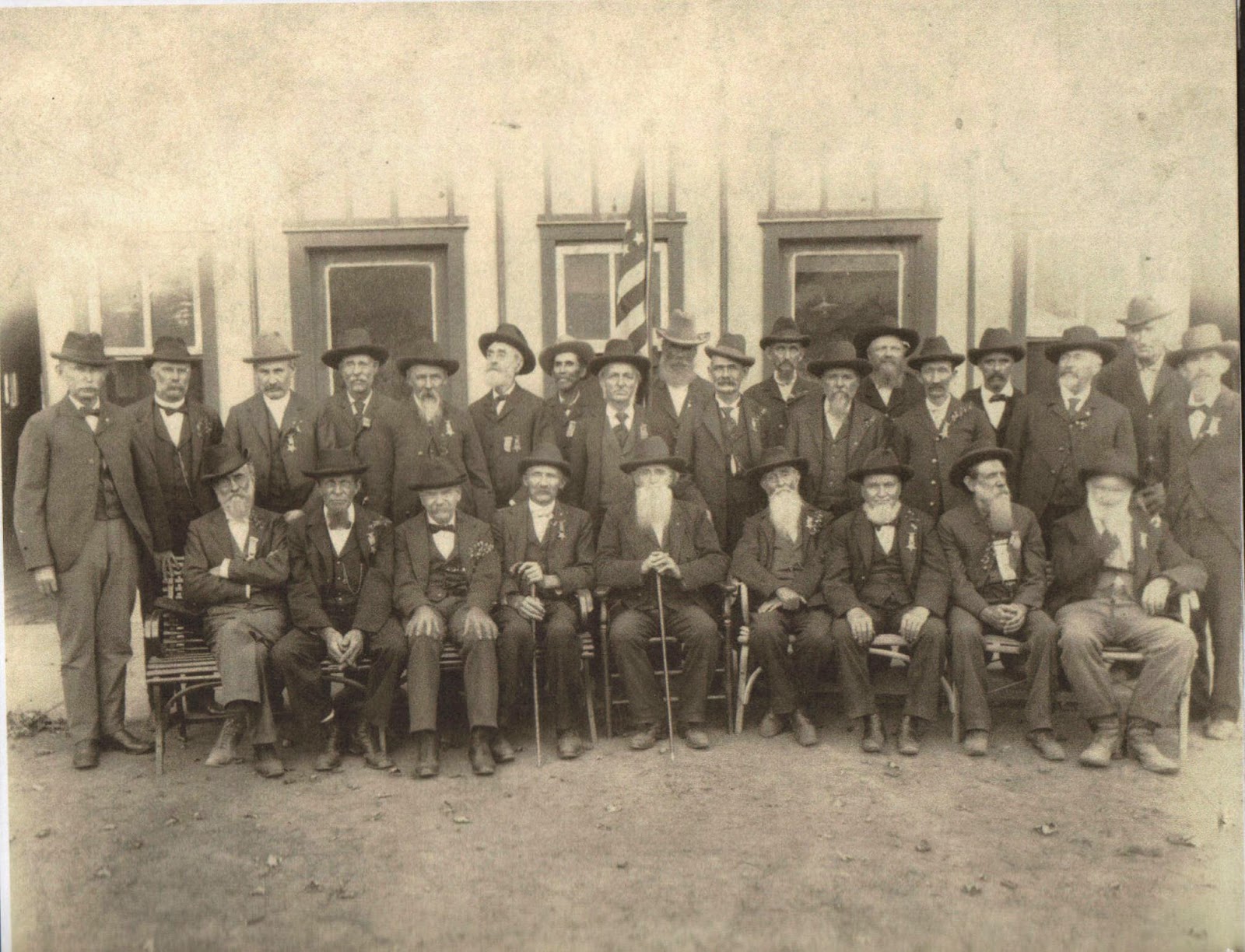 This group of Civil War Veterans was part of the Bunker Hill IL GAR Chapter and was photographed September 27, 1901.  There are two sets of identification where the picture appeared in newspapers at different dates, however we believe the first listed here is correct.  The names were for the most part prominent in Bunker Hill in the post-war period.  They were photographed in front of Jenck's Livery Stable.

--Provided by the Bunker Hill Historical Society
Posted by Carlos Arzuagas at 6:58 PM