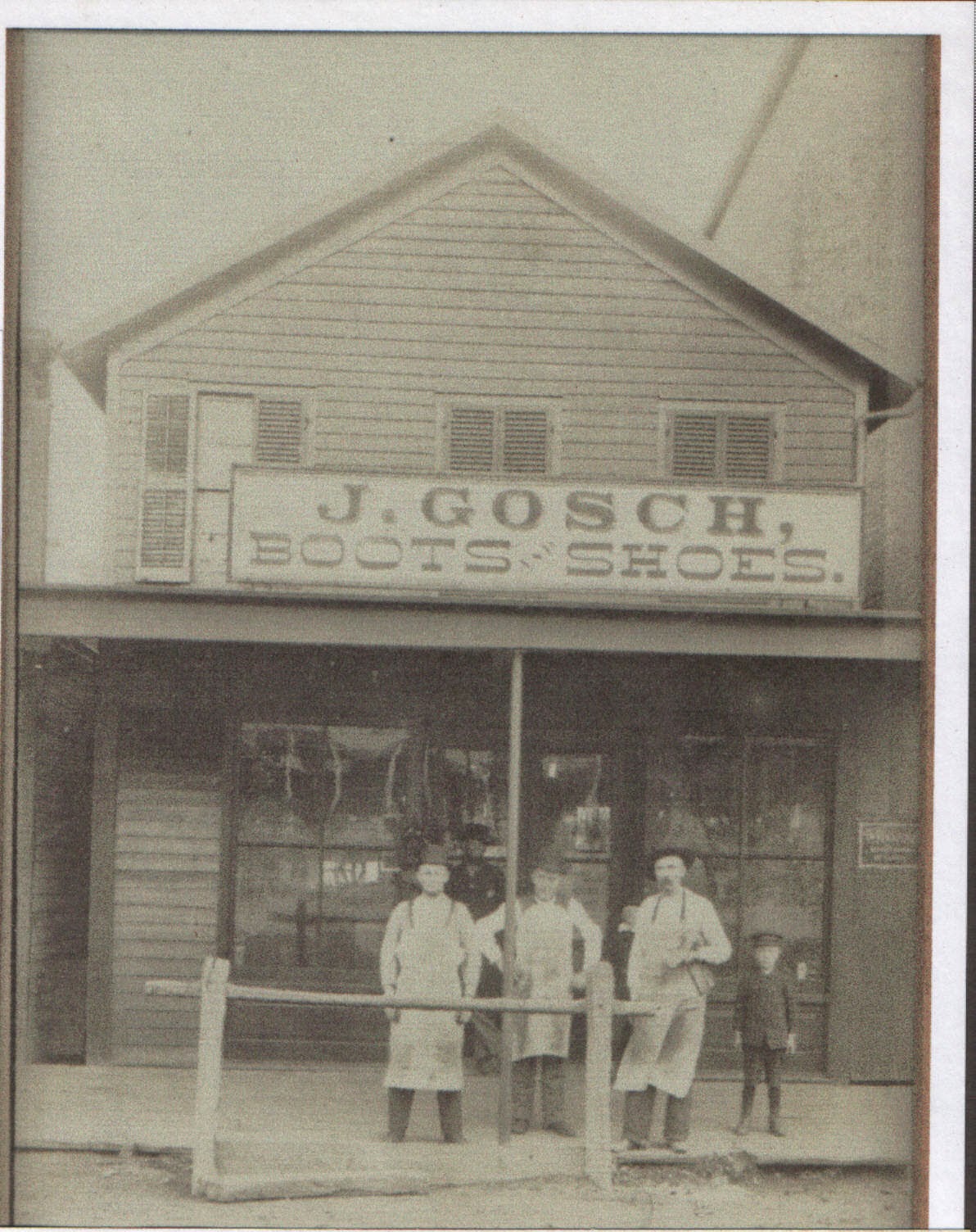 John Gosch immigrated from Mundor Province-Schleswig Holstein, Germany, to Davenport, Iowa in 1857.  In 1859 he moved to Bunker Hill and opened a repair and shoe store at a building on East Warren Street, now the City Hall.  Besides repairing shoes, he made a specialty of hand-made shoes and at one time employed seven workmen.

In 1880 his son, Herman P. Gosch (age 16) joined him in business.  With the advent of factory made shoes, more space was needed and the business was moved to a larger building next to the Jacoby Furniture Store on the east sided of Washington Street. 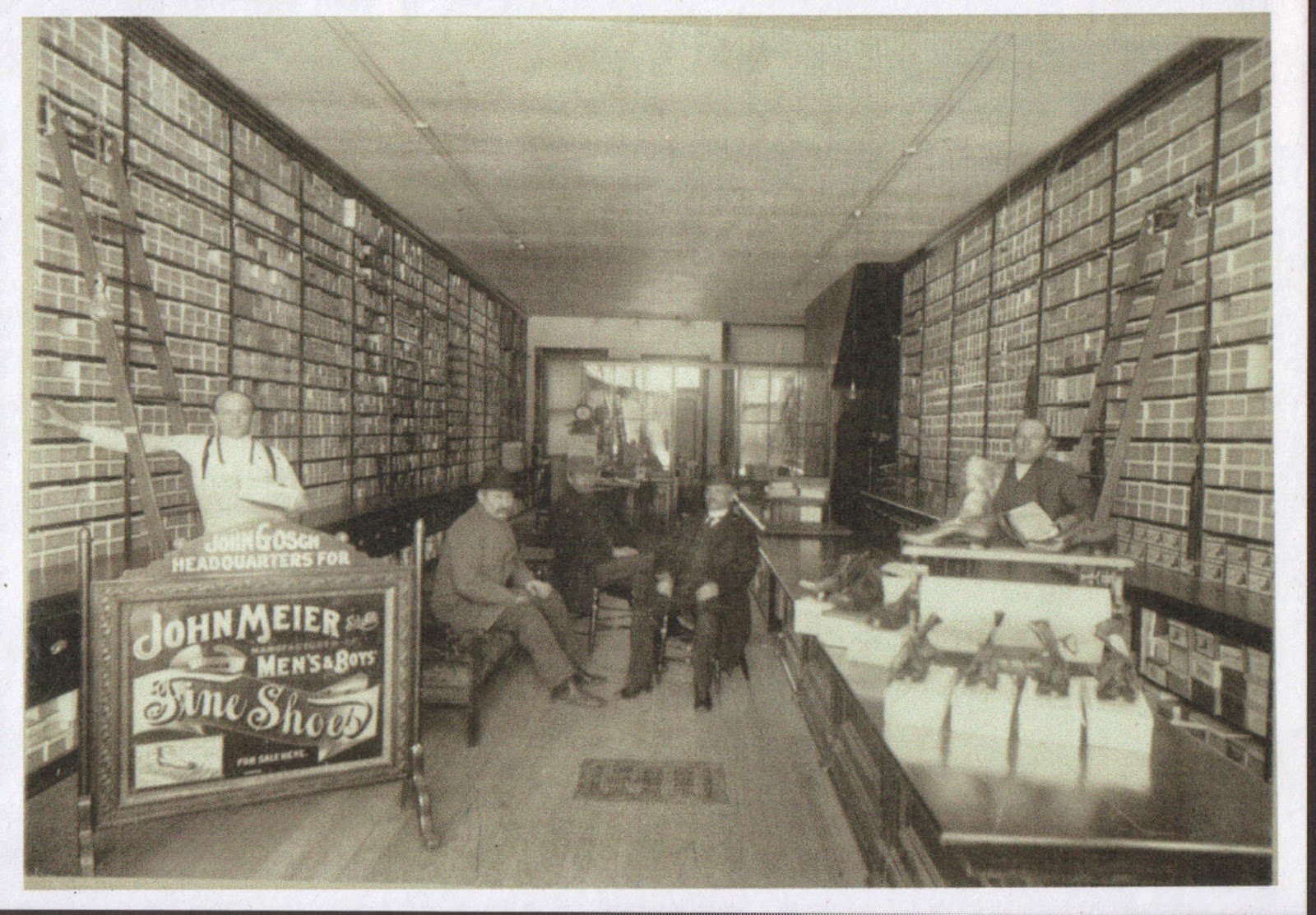 John Gosch was a member of charter Oak Lodge I.O.O.F., and alderman, treasurer, and mayor of Bunker Hill, a volunteer fireman, and a school director.  After his death in 1927, his son, Herman P. Gosch, continued the business until his death in 1945 at which time his daughter Helen and her husband, Roscoe Myers, assumed ownership, rebuilt after the tornado in 1948 and sold in 1957.

Herman P. Gosch was born in 1864, educated in city schools and finished at Bunker Hill Military Academy.  He was a member of Charter Oak Lodge I.O.O.F. 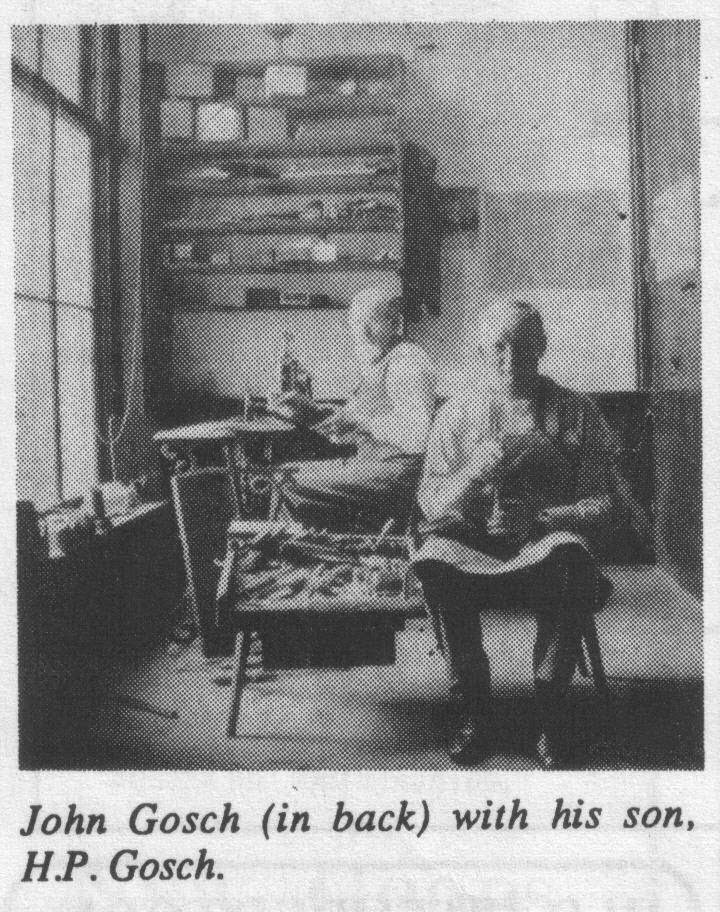 Helen Gosch Myers has a pair of boots made for George Frost of Woodburn which he wore for 49 years and are still in fair condition.